The client (a husband and wife) got in touch with Grumitt Wade Mason following a recommendation and asked us to look at the feasibility of making alterations to their property to accommodate a wheelchair user in the building and to get more floor area with a better layout.

The building had previously been extended with a conservatory and the original garage had been converted to a study but it was cold and not really habitable.

Is it better to move or improve?

Before starting any work, we advised the client to look into moving in order to decide on the best option. They invited an estate agent to value their property.

The couple wanted to stay in the same area but to get the space they needed by moving to another property would have cost more than to extend their current house. They therefore asked us to go ahead with the work.

Initially, the client didn’t want to give a budget so we produced a design and attached a budget estimate to it. The client was happy – at around £120,000 it was within their scope. Bar minor tweaks (enlarging the rear patio area to get more space on the same level as the house, study on ground floor, utility area closed rather than open to kitchen), the scheme was just what they wanted and they were keen to go ahead.

We submitted the designs for planning and they got consent first time. The only issue would have been with the neighbouring properties but we advised the client to talk to the neighbours first.

The client wanted to extend further but we recommended holding back because of the impact on planning.

Preparing a specification of works and tender

The client instructed us to prepare a specification of works and to tender to contractors whom Grumitt Wade Mason uses on a regular basis.

Three contractors tendered and we sent our tender report to the client for consideration. The client appointed our recommended contractor: the cheapest and the one who could complete in the quickest time. We also sought quotes for a structural engineer and the client chose the one we recommended.

We submitted the specification to Building Control and work started a month later. 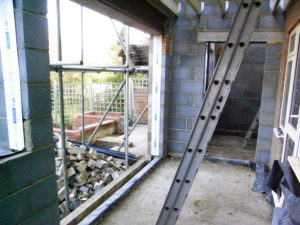 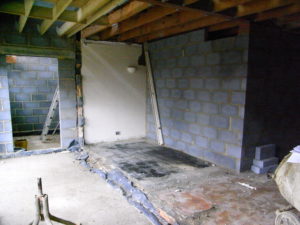 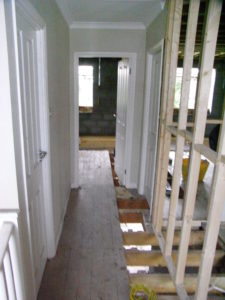 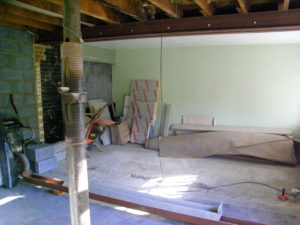 We increased the space in the wheelchair user’s bedroom on the first floor, added an ensuite bathroom with wheelchair access, and incorporated a lift into the building.

We designed it so that when the lift is upstairs it hides in an alcove. It is more visible downstairs but upstairs is its default position. 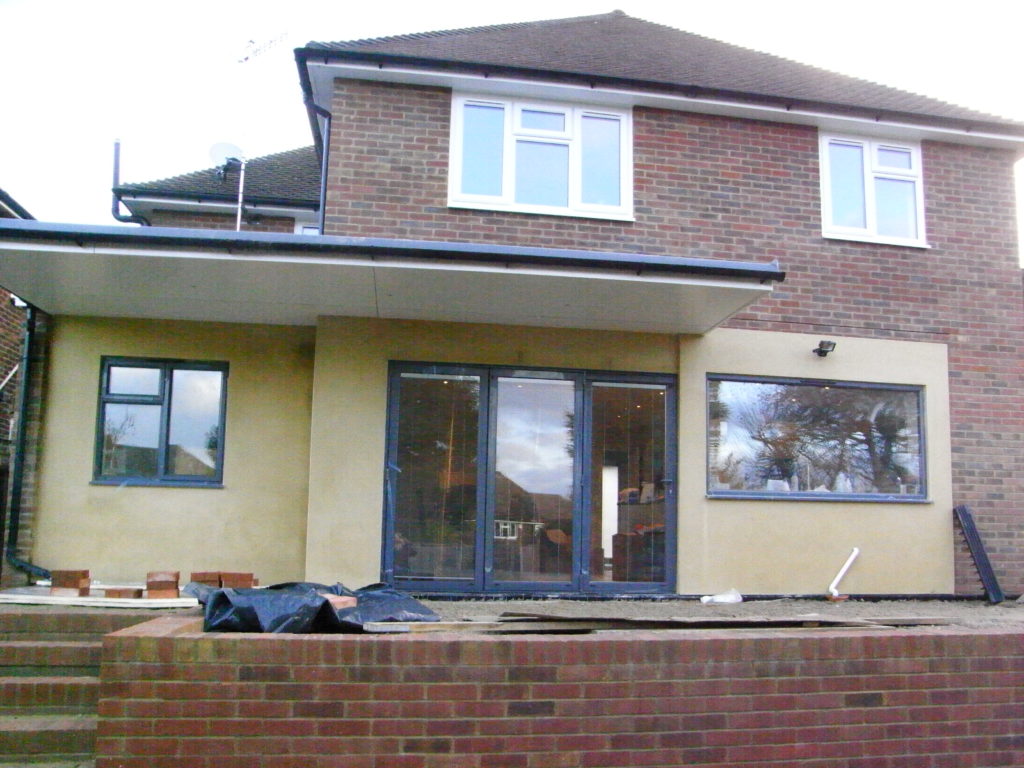 What else did we need to consider?

One of the main aims of the work was to achieve a sense of openness – it was originally quite a dark house. We opened up the hallway so you could come in at the front door and see all the way through to the large window at the back. In this way we were able to give them a much grander house that was still within their means. 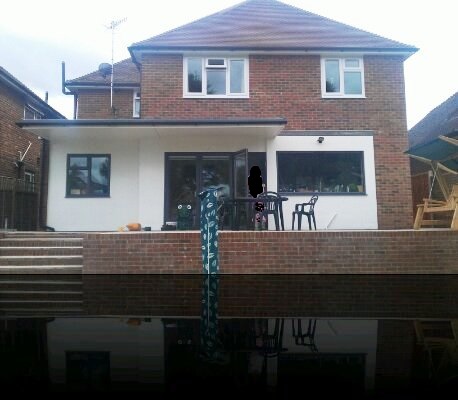 We had an initial meeting on site with the client and builder to run through the project.

Early September 2012: The project started and the builder gave an estimation of completion within 16 weeks.

Weekly for duration of project: Grumitt Wade Mason had site meetings with the builder and client to check progress.

Monthly for duration of project: We assessed the value of work and provided an interim valuation of payment for work carried out to date.

December 2012: The works were completed just before Christmas and the client moved in during the Christmas week –  a total of 14 weeks not 16. The client was delighted.

We signed off the works and they came in at around £1,000 under budget.

Future work with this client

Since completion, the client has been in touch with Grumitt Wade Mason again – this time about extending into the loft.

In general, people don’t want to move but they do want more space. Extending can often be cheaper than moving. Our job is to see how we can make your building work better for you.