You are here: Home › Our Works › Dilapidations for Shops & Flats in Haywards Heath

The client was aware that this three-storey building had fallen into disrepair and was keen to reach a fair settlement as soon as possible.

A three-storey, terraced building comprising a parade of shops at ground floor level and residential flats above accessed via the rear.

A negotiated settlement was reached in the order of £60,000

The client asked Grumitt Wade Mason to assess the state of the building and to produce the necessary documents in order to reach a fair settlement with the landlord.

What did Grumitt Wade Mason do? 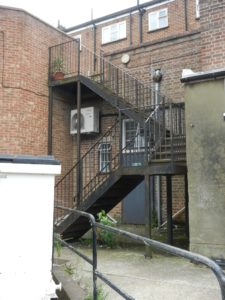 We acted for the tenant who had a long lease on the premises. We read the lease, paying particular attention to the repairing covenants, then carried out an inspection and gave initial advice to our client on the condition of the building prior to termination of the lease.

Unusually for a tenant’s surveyor, we also started to draft a Schedule of Dilapidations as required by the client in order to reach a quick settlement. We then met with the landlord’s surveyor and they added their comments to create a Scott Schedule.

We undertook measurements and made an assessment of the cost of repairs. The landlord wished to carry out repairs and on receipt of contractors’ tenders we negotiated an agreement as to the tenant’s responsibilities for repairs.

Other costs such as loss of rent and rates were considered and finally a negotiated settlement was reached and we drafted a Settlement Agreement for signature.

Were there any challenges within this project? 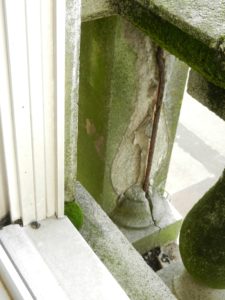 Our client had their own reasons for wanting to reach a quick settlement and of course at a fair and reasonable figure. The landlord wished to wait for the works to be carried out and to base the costs on known quantities and contractors’ prices. In the end, a settlement was reached based on tenders but before the works began.

There were issues around diagnosing the less obvious causes of some of the defects that required further investigation by tracing leaks which caused dampness.

Reflections on the project

It was important to understand the client’s overriding interests to appreciate that a single dilapidations claim was part of a bigger picture. The Dilapidations Protocol is helpful as it encourages the early exchange of information and avoidance of litigation, as well as providing time frames to prepare and respond to the Schedule of Dilapidations and Quantified Demand. 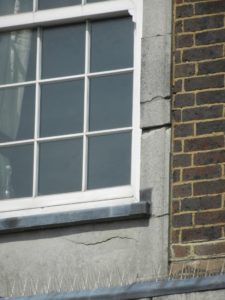 s reached sooner than on most Dilapidations Claims and just within the client’s time frame but the client would have preferred it sooner still.
Time pressure grew as the project went on but ultimately, if the other side is not ready to settle, our only tools as dilapidations surveyors are tact and diplomacy.

If time is of the essence, tenants should consider carrying out repairs themselves before the end of the lease to avoid a Dilapidations Claim altogether or to face only a minor claim. Unfortunately, at the stage we were called in this was not possible.