We are frequently asked the following questions relating to party walls and The Party Wall etc. Act 1996. If you have a specific matter on which you would like advice, please get in touch.

What is a party wall? 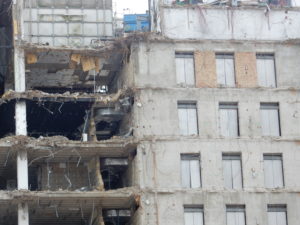 A party wall is a wall which sits on a boundary line and therefore stands on the land of two different owners.

It can also be a wall that does not sit on a boundary but separates buildings belonging to two different owners.

A party fence wall is a wall which stands on the land of two different owners and therefore sits on the boundary, but is a garden wall or a boundary wall and therefore not part of a building.

Who owns the party wall?

There is a common misconception that the party wall sitting astride the boundary is split 50/50 with one owner owning one side and the other owning the other. However, the Party Wall etc. Act 1996 means that the owners on both sides have certain rights over the full thickness of the wall subject to exercising those rights by serving notice under the Act. It is therefore more accurate to say that the whole of the wall is shared. 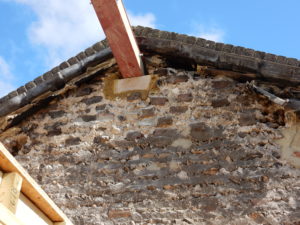 The Party Wall etc. Act 1996 sets out the rights and obligations of owners in relation to party walls and other structures close to boundaries. It includes obligations on anyone excavating or digging near another owner’s building depending on the depth of excavation and proximity to the adjoining buildings and structures.

The act sets out the rights of building owners to carry out certain works but also has safeguarding measures to protect adjoining owners.

Does the Party Wall etc. Act apply to garden walls?

A typical garden boundary wall would be classed as a certain type of party wall called a “party fence wall” if it sits astride the boundary and therefore is covered by the Party Wall etc. Act 1996.

Can I drill into a party wall without consent?

This is based on the legal principle ‘de minimis’ which means it is too trivial or minor to merit consideration especially in law.  The law does not encourage parties to bring legal action for trivial or minor matters. 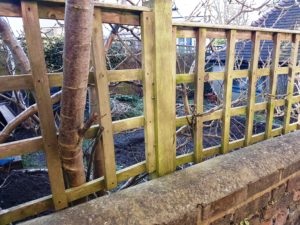 What is a party wall notice?

A party wall notice is a formal legal notice served under the Party Wall etc. Act 1996. The notice has to meet the requirements of the Act and the purpose of the notice is to inform the owner or owners of the adjoining building, land or structure of the proposed works. It is important for the notice to be properly drafted and served, otherwise it could be invalid.

Do I need to serve notice under The Party Wall etc Act 1996?

If you plan to

then you may need to serve notice.  If the adjoining owners consent you can proceed but if they dissent or do not reply there is a dispute and party wall surveyors will need to be appointed to produce a party wall award.

Common building projects that require notice to be served include:

Certain types of excavation require a party wall notice to be served. They include excavating below the level of the foundations of an adjoining building or structure and within a distance of three metres.

There are also slightly more complicated rules for excavating within six metres of an adjoining building or structure and further professional advice should be taken in this scenario.

If you are not sure whether you need to serve notice, talk it through with a party wall surveyor.

Do I need to serve notice for an extension?

What if my neighbour fails to respond to the party wall notice?

If they do not reply to the notice, after a period of 14 days a dispute arises which follows the same process as if they had refused to give their consent, as set out above. 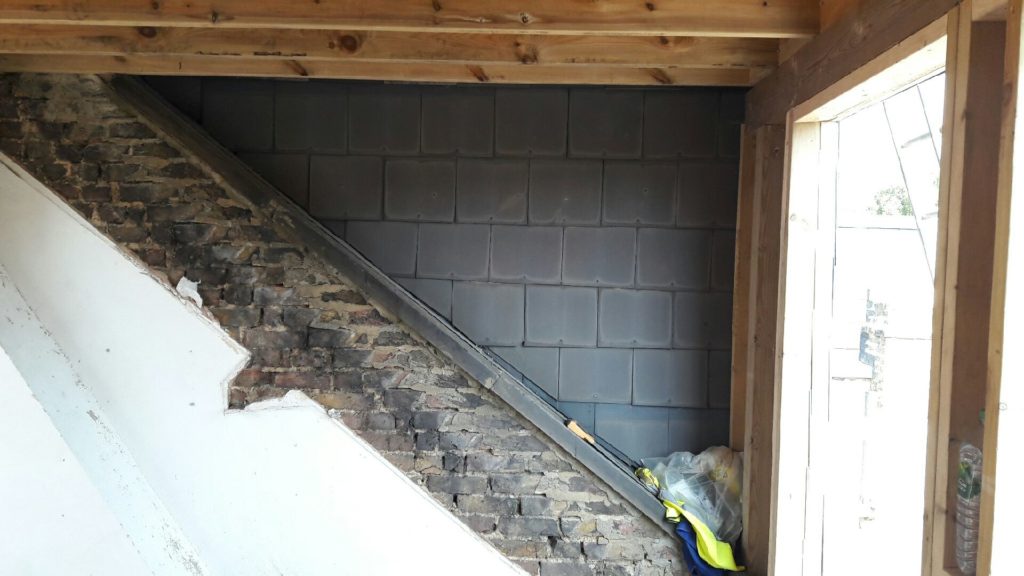 What if my neighbour refuses to give signed consent to a party wall notice?

If you have served notice on your neighbour and they refuse to sign to give their consent, there will be a dispute under the Party Wall etc. Act 1996 and surveyors will need to be appointed to produce a party wall award. It is of course possible that further discussion with your neighbour may result in their consent, in which case you could proceed with the works.

What is a party wall award and when is it needed?

Where there is a dispute, party wall surveyors are appointed by the building owners and they settle the matter and produce an award. The award sets out works that can be carried out and would typically include the drawings showing the proposed work. The award would normally also include a schedule of condition which records the condition of the adjoining building and property before works commence.

What is a party wall agreement?

The term “party wall agreement” is not one used in the Act. However, it is often used when referring to an “award”.  After notices have been served on adjoining owners, there are two possible scenarios:

Is a party wall award (agreement) a legal requirement?

Can my neighbour refuse and prevent a party wall award (agreement)? 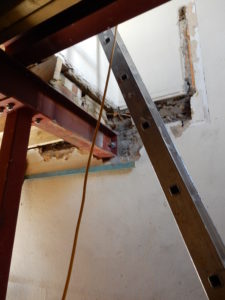 While your neighbour has the right to withhold their consent to the party wall notice, this does not mean they can prevent the works from taking place.

The Party Wall etc. Act 1996 sets out rights of owners to carry out certain works and providing the work is legitimate under the Act then your neighbour’s refusal will not prevent the works happening.

The dispute procedure under the Party Wall etc. Act 1996 would need to be followed which involves appointment of surveyors and the agreement of an award which sets out the work that can be carried out.

There are also safeguards in the award to protect the interests of your neighbour, the adjoining owner.

How long does a party wall award (agreement) last?

It is a usual requirement for works to commence within 12 months of the party wall award being granted and this is normally stated in the award.

Can I make a party wall award (agreement) myself?

You can certainly prepare and serve a notice under the Party Wall etc. Act 1996 yourself, providing you familiarise yourself with the act and its requirements and are confident that you are able to do so. If your neighbour (the adjoining owner) then consents, you can proceed with the work. However, if your neighbours do not consent and a dispute arises, you will need to appoint a party wall surveyor to manage the dispute and prepare the party wall award (agreement); you cannot do this yourself.

What is a party wall surveyor?

Where there is a dispute under the Party Wall etc. Act  1996, the Act states that party wall surveyors (such as Grumitt Wade Mason) must be appointed. It is therefore a statutory appointment and differs from the normal professional / client relationship. The party wall surveyor’s duty is to act with a certain degree of impartiality and objectiveness to settle a matter in dispute and produce an award.

The usual scenario is for each owner to appoint their own party wall surveyor. The two surveyors name a third surveyor who would only be involved in the event that the two surveyors fail to reach agreement, in which case the third surveyor can step in to have the final say. There is also an option for there to be one surveyor, an “agreed surveyor” who has to act impartially for both of the building owners.

What does a party wall surveyor do?

Where a dispute arises, building owners and adjoining owners appoint party wall surveyors to determine or settle the matters in dispute.  This involves reviewing the proposed works and establishing whether there is a right for them to be carried out under the Act.  Party wall surveyors normally inspect the building and the party wall/party structure before works commence as well as the building or structure of the adjoining property.

Party wall surveyors are required to be objective and act independently to settle matters under the Act.  It is usual for party wall surveyors to agree and record a schedule of condition of the adjoining property which would normally include a schedule of photographs.  The purpose of this is to record its condition before the works commence, so it is possible to establish if and when any damage occurs.

The party wall surveyors must produce an award that sets out the work that can be carried out and safeguards the interests of the adjoining property owner. 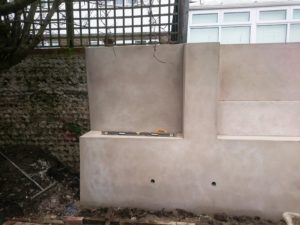 How much does a party wall surveyor cost?

Party wall surveyors’ fees vary considerably. It is usual for surveyors’ fees to be charged on a time basis and for the client to receive an estimate of the time it will take.

Who pays for a party wall surveyor?

Building owner:  An owner who wants to exercise their rights under the Act.

Adjoining owner:  An owner of land or buildings adjoining those of the building owner.

Party wall surveyor:  A surveyor or a person appointed under section 10 of the Act to determine disputes.

This article provides some brief answers to frequently asked questions about party walls. You can get further information from the Pyramus & Thisbe Club at www.partywalls.org.uk.

If you would like advice concerning work you are proposing or a party wall notice you have received then please contact us at Grumitt Wade Mason.