You are here: Home › Book Review: The Rising Damp Myth By Jeff Howell 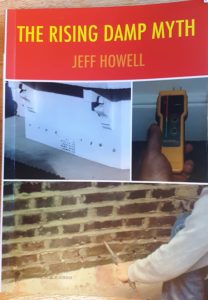 This book on rising damp is well known in surveying circles, even though most surveyors have never read it.  After many years of prevarication, I finally took the plunge and read ‘The Rising Damp Myth’.

In this book, Jeff Howell attacks the assumptions that have given rise to a multi-million-pound industry.

This industry is fuelled by recommendations that spring from surveys and valuations. That is to say, a valuation upon which a mortgage decision is based, will often stipulate that damp proofing work to counteract rising damp needs to take place as a condition of the mortgage.

Jeff Howell tries to investigate exactly what rising damp is and he gives the results of his experiments.

He tries to re-create the circumstances under which rising damp takes place by placing sections of brick and block walls in water to see the extent of rising dampness by capillary action.  What he found was that, contrary to current opinion, dampness did not rise up the brick walls.

For capillary action to take place, the tubes need to be very small, as they are in a tree, and the spaces in bricks and blocks are too great.  He did manage to create rising dampness once, but only through a mortar mixture that was so weak, it would never be used in construction.

Mr Howell points out that in Amsterdam, they built houses quite successfully without any damp proof courses.  He claims that the tradition of providing damp proof courses in Britain was not to prevent rising damp, but was connected with the days when raw sewage used to be thrown out onto the street.

Damp proofing: a waste of money?

The claim made by the book is quite serious.  In effect, Mr Howell thinks that much of the damp proofing work undertaken by registered damp proofing companies is a waste of money.

Usually, the diagnosis of rising dampness is made using an electronic moisture meter with two metal prongs that are stuck into the wall. The presence of damp is registered by the differing levels of electrical conductivity between the prongs.

The problem is that both the British Standard Codes of Practice BS6576:2005 and the British Research Establishment Digest 245 state that electronic moisture meter readings are unreliable for detecting the presence of rising damp in walls.  This is because the readings can so easily give rise to mistakes, for example, salts in the walls will also produce high conductivity and, therefore, high damp readings on the meter.

Jeff Howell claims that he is not saying anything new.  He states that chemical damp proof courses need to be done so thoroughly, from both sides of the wall, and are so time consuming that most companies do not do it correctly.

His conclusion is that chemical damp proofing is a waste of time and money, and if rising dampness has been prevented by such measures, it is usually because of the re-plastering that has also taken place. 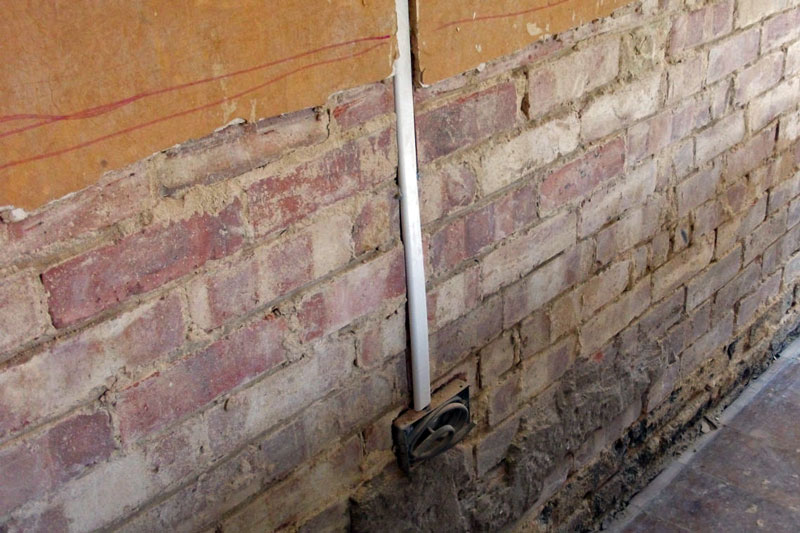 The misdiagnosis of rising damp that damp proof companies give when using electronic moisture meters is a result of the market trying to meet the requirements of mortgage lenders. There is a great deal of ‘passing the buck’.

A surveyor or valuer will find some dampness and, in the survey, will recommend a damp proof specialist visits the property.  The damp proof company will then suggest works that can be provided under a guarantee and the mortgage company will often make the carrying out of these works a condition of sale.

Jeff Howell thinks that if there really is rising dampness in a property, we would see a line of salts along the top area of visible dampness.  The best way to test for the salts is to taste it! 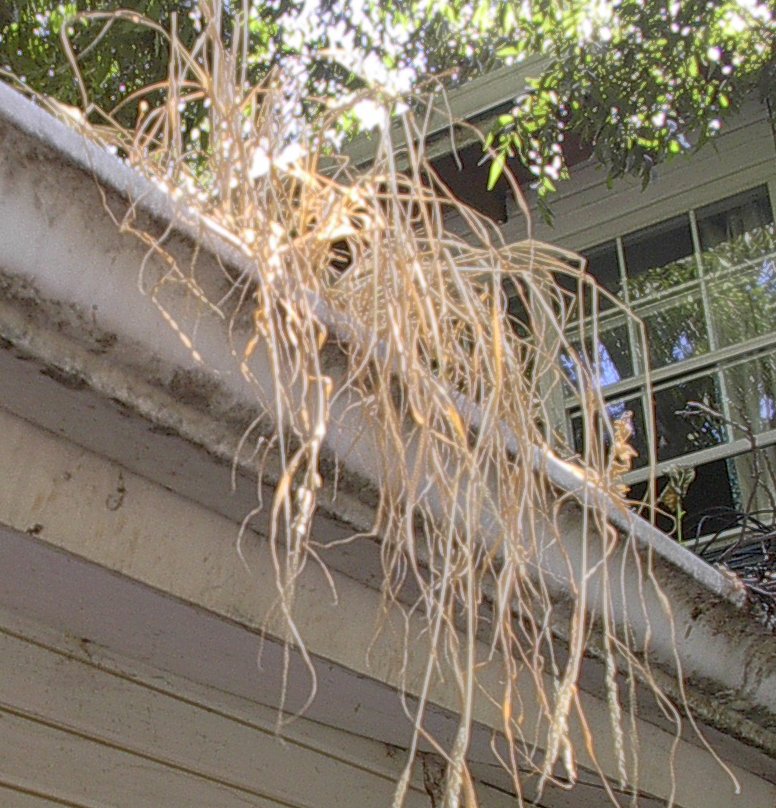 If not rising damp, what is it?

So where does it leave us surveyors if the main tool we use is inaccurate and most of the diagnoses are incorrect?

The short answer that I took from reading the book was that we have a duty not to be so lazy and to actively consider the cause of the dampness.

If there are no salts present, then there is no rising damp.  Therefore, this is what we should do. Check…

As a final note, Jeff Howell recommends the following to be sent to surveyors who diagnose rising dampness:

‘I note that the property has been diagnosed from suffering from rising damp, due to the absence of an effective damp proof course.  However, your Surveyor and damp proofing salesman have both relied solely on electrical moisture meter readings, which are not reliable and cannot be used to diagnose the presence of rising damp in walls.  This is made clear in the British Standard Code of Practice BS6576:2005 and in Building Research Establishment Digest 245.  In the absence of any other evidence, I do not accept that the property is affected by rising damp, nor that it requires damp proofing treatment’.

What Is Cold Bridging In Buildings & What Can You Do About It?
When It’s OK To Plaster Over The Cracks