You are here: Home › Building With Bungaroosh: From France To Brighton 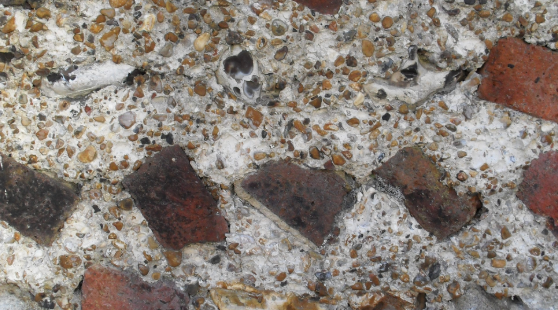 Posted on 6th February, 2020 in Residential

Call me sad, but the most interesting thing for me about going to another country on holiday is being able to investigate and compare differing methods of construction.

I was in France recently and we rented a small house in the Dordogne.  My first impression was that it was very old, and when I asked the owner, he told me that the main house originated from the 15th Century and the timber barns were from the 17th Century.  The house I was living in was a relatively modern 17th Century extension to the main house!

Perhaps the most interesting thing for me was the wall construction.  The buildings were of stone and I saw no building in the vicinity of brickwork.  However, what caught my attention was that the wall construction was often bits of stone, shuttered in a lime render.  Although the lime render may have been replaced with a cement-based product more recently, the original construction would certainly have used a lime render.  This is very similar to an old building method we have in Brighton & Hove called ‘Bungaroosh’. 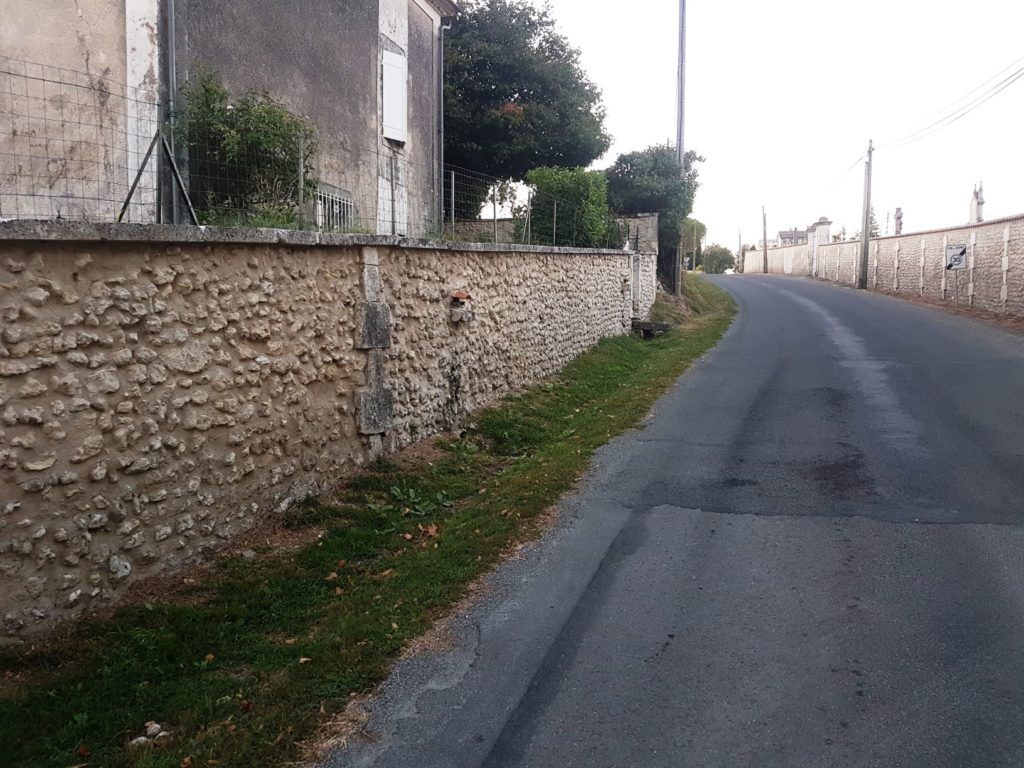 Bungaroosh was a building material used between the mid-18th and mid-19th centuries.  It comprises brick and stone, shuttered in a lime render.  The use of bungaroosh pre-dated cement-based concrete products, but it follows similar principles in that formwork is erected and and a slurry poured into the shape created.  Brighton expanded once the Royal Pavilion had been built in 1787. Prior to this date, the settlement seems to have been in the Kemptown area and this is where most of the bungaroosh buildings are found.

Bungaroosh is only really seen in Brighton & Hove in the UK, although there are a few properties in the surrounding towns built in the same material.  It went out of fashion in the latter half of the 19th Century and I have often wondered how builders got the idea of using bungaroosh, when brick and stone was being used in other parts of England.  The word ‘bungaroosh’ stems from Hindi, but I was able to guess that perhaps the building technique could have come over to England from France. Most of the impressive and attractive Regency buildings on the seafront are of bungaroosh: from Sussex Square to Adelaide Crescent, and this includes Brunswick Square, Regency Square and Marine Parade. 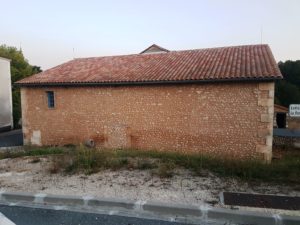 Before the advent of Portland Cement in the mid 19th Century, lime mixed mainly with sand was the principle binding agent for render and mortars.  In England, lime mortars – often mixed in a ratio of 1:3 lime:sand – were usually used for brick construction.  But in Brighton, large amounts of the lime render was ‘shuttered’ together with brick, flint and other stones to construct a wall and bungaroosh is the peculiar term for this type of construction.  This is much like the process used to form concrete walls today.

By the beginning of the 19th Century, the render mainly consisted  of hydraulic lime and one of the major problems with this type of lime is that it sets very slowly, as it absorbs carbon dioxide.  This was very inconvenient during the housing boom that mirrored the population rise in the 19th and early 20th centuries. In the 1840s, William Aspdin developed his father’s invention of Portland cement, which although still lime based set much more quickly and was far ‘stronger’.  Portland cement began to be the preferred choice for renders and is now widely used, with lime-based products firmly in the background.

Bungaroosh, on the other hand, is very ‘soft’.  If you come across a bungaroosh garden wall, for example, it is quite easy to scrape away some of the render with a fingernail.  I find it incredible that many of these walls still exist that have not been repaired or strengthened for 150 to 200 years. People living in bungaroosh houses often complain that when trying to fix something to the wall, the drill either seems to go through with no resistance or that suddenly, when a piece of flint is encountered, the wall becomes impenetrable.

The Georgians and early Victorians were well aware of the sponge-like porosity of the bungaroosh so when buildings were built using this product, external walls were usually dry lined with lath and plaster on battens to prevent the inevitable passage of moisture.

Although bungaroosh is highly porous, like most lime products, if allowed to ‘breathe’, it will dry out quickly.  Therefore, the advice is to use lime renders and lime washes to facilitate the drying out process. Often problems are caused when bungaroosh walls are rendered with a hard cement-based render that is unsuitable for bungaroosh and invariably cracks begin to appear.  The cracks let in water but the ability to dry out has been prevented by the impenetrable render, causing damp problems.

How to repair bungaroosh

As bungaroosh is a soft material, it does not bind together well and often cracks appear.  It is also difficult to use the material at the edges and this is why brickwork is used around windows, doors and so on.

In order to give the bungaroosh strength, builders originally inserted timber into the wall.  The timber also provided a fixing for fixtures that needed to be hung off the wall.

In my opinion, the worst thing to do is use cement-based products.  I often see repairs to bungaroosh where the builder, in good faith, has erroneously thought that a good, hard render mix will help strengthen the wall and stop further cracking.  The problem, as discussed above, is that a hard cement-based mix breaks the golden rule that render should always be weaker than the substrate upon which it is put. All too often, I have seen cement-based repairs de-bond from the wall and cease to be of any use whatsoever.

I therefore believe that the only way to repair a bungaroosh wall is with bungaroosh itself.  This calls for a specialist contractor who is able to replicate the product using the same materials and techniques that would have been used originally.

If the crack presents a structural problem, you should seek professional advice.  In the past, I have replicated the timber used in the original construction by placing concrete lintels over the crack and using an expandable grout, to ensure that the lintel fits snuggly within the wall.

The key takeaway from this article is  this: whenever you try to repair a bungaroosh wall, do not use cement-based products, but try to repair the wall using original materials and techniques.

How good is bungaroosh? 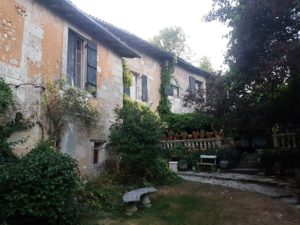 I read a stinging criticism of bungaroosh, written by the London Damp Company.  I found the criticism very unfair. Many of the problems with modern buildings are that when defects occur, it is not possible to carry out small scale repairs, whereas with bungaroosh, small areas can be repaired when and wherever they become defective.

In the end, the proof of its durability is the fact that there are so many garden walls in the Brighton area made of bungaroosh that have not been touched since the original construction.  Furthermore, there is no proposal to re-build most of the Regency buildings in Brighton, as these bungaroosh buildings are still standing proud and are likely to remain long after the time when their modern counterparts have had to be re-built.  I am glad to see that in recent years there has been a resurgence of interest in using products based upon lime mortars and renders. This can only have a beneficial effect upon the preservation of historic buildings.

The short answer is ‘no’.  Some of the oldest and smartest properties in Brighton and Hove are of Bungaroosh.  We would always recommend that you have a survey of the property and the surveyor should alert you to bungaroosh problems, if they exist.  These should be considered in the same way as any other kind of defect, with the proviso that bungaroosh walls should be repaired using traditional lime-based products only.

Strengthening And Levelling Wooden Floors In An 18th Century Property